The current farm house and barns were owned by Ziba Crane and Eunice Boutwell Crane from the Mid 1800's to 1885. They were married in ______ and had a daughter Kate Crane who was born in 1860 and later Married Charles W. Fletcher born 1855

Charles Fletcher and Kate Crane Fletcher were married and assumed ownership of the farm from Ziba Crane and had two children Norman Fletcher and Harry Fletcher. The farm was primarily a homestead and was self sustaining during this time.

Harry never had children but lived at the farm and sugared with his brother Norman in his retirement until his death.

Norman met Elsie V. Crane in ______ and they were married after Norman returned from his service in the Navy in WWI. They had two daughters, Janice and Charlene who were both raised on the farm. Norman and Elsie had extensive gardens and raised over 1,000 chickens. They shipped eggs to Town and owned the farm for the remainder of their lives.

Janice Fletcher and George Thayer met and were married in the sixties. They had three children, Edward, Carol and Marianne. 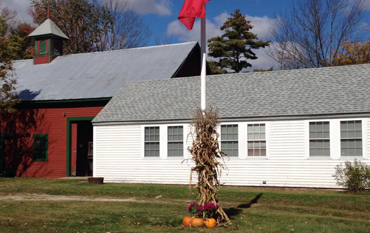 5th Generation on the farm in East Washington, New Hampshire

Today, we raise pork, chicken, beef and turkey for on farm consumption. All of these critters are raised free range in movable paddocks so they always have fresh grass to eat. We butcher all but the beef right here on the farm.

We have incorporated draft animal power in some of our operations on the farm. Ozzie is our 15 year old Belgian Gelding Draft that we have had for about three years. Tucker is a 10 year old Belgian draft. We have paired him with Ozzie and they work well together.

Ed a 5th generation decendant of the original farm owners and takes pride in carrying on tradition, as well the addition of draft power.

Jane is involved in every aspect of farming and homesteading from planting and harvesting to processing, canning, and baking .

Kris proudly served our country completing two combat tours with the US Marine Corp in Afghanistan. Kris helps with various farm chores such as sugaring and haying.

Erin graduated with a degree in Biology from Clark University in Worcester, MA. Erin enjoys coming back home to help out with farm activities.

For Sale to the public

Keep the food chain as close to home as possible. That's the goal. Produce it ourselves, naturally, on our own land with our own resources. Draft-power whenever possible.

“The way we operate this farm really started as more of a hobby than a philosophy. We just wanted to keep traditions going. But as things evolved, we realized how much the lifestyle suits us and how we really benefit from it. In the end, it's just common sense.”